Zambia is a south-central African country, bordering Angola and the DRC. Its geography consists of a high plateau, as well as mountains and hills. The region is serviced by two major river basins, the Zambezi and the Congo. The country has a rich set of ecosystems, with the Rhodesian giraffe one of its most well-known species of wildlife.

Zambia is also rich in minerals such as copper, cobalt, zinc, lead, coal gold, silver, and uranium, access to which contributes significantly toward the growth of the country’s economy. By the year 2014, Zambia had one of the world fastest growing economies, mostly attributable to the export of natural resources.

Christianity is the primary religion and the country is made up of more than 20 ethnic groups. Zambia has more 70 spoken dialects and English is its official language. 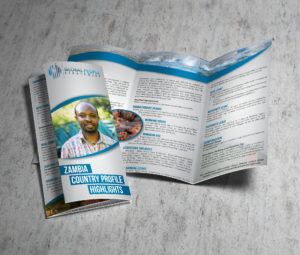