Vietnam is a South East Asian country surrounded by Laos, China and Cambodia. It has natural resources in phosphates, coal, offshore oil and gas deposits, manganese, timber and hydropower. It has a population of 96 million people and Vietnamese is the official and most used language, followed by English, some French and Chinese. Vietnam is not a religious country with almost 82 percent of the population preferring ‘none’.

Over the 1950s and 60s, the communist North attacked the anti-communist South, and the United States got involved in what became a disastrous war for all involved. A 1973 cease-fire agreement allowed the American troops to withdraw and brought about a return to communism. The country is known for little to no civil liberties under its communist dictatorship. Personal income tax rate is 35 percent and corporate tax rate is at 22 percent. Public debt is over 62 percent of the GDP. 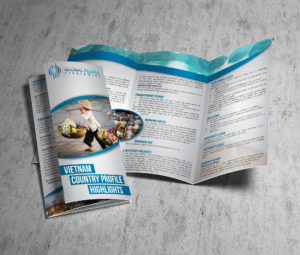