The United Kingdom is made up of Scotland, Wales, and England, with the larger entity known as Great Britain and Northern Ireland. They border the Republic of Ireland to the west and across the English Channel and the North Sea, they border countries such as France, Belgium, Netherlands, Germany, Denmark, and Norway. After several centuries as a globally dominating colonial power, the UK’s economic and political influence were diminished by the two world wars and the breakup of the British Empire.

English is the country’s official language. Other native languages include Celtic, Scots Gaelic, Welsh, Cornish, Irish and Old Norse. Modern Britain is largely multicultural, with almost two-thirds of the population who profess not to believe in God, while 36 percent are members of the official Anglican church. Social classes still permeate the culture and continue to include tensions between the working class and a few aristocrats. It has a constitutional monarchy where the government is run by a prime minister but each of the four nations has its own judicial system. Recently, the UK announced its intention to exit the European Union, popularly known as ‘Brexit’. 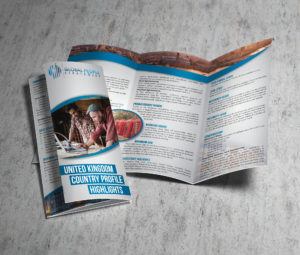