The United Arab Emirates (UAE) comprises a federation of seven states, which has developed into one of the Middle East’s most significant economic center with high living standards. The United Arab Emirates has an open economy with a GDP of US$382.6 billion in 2017. UAE’s free trade zone offering 100% international ownership and zero taxes has also contributed to attracting global investors in its economy.

With a current total population of 6,072,475, UAE has several ethnic groups: Emirati, South Asian, Egyptian, and the Philippines, with many spoken languages including Arabic (official language), Persian, Hindi, English, and Urdu. Islam is the official religion accounting for 76% of the population, with Christianity and others accounting for the rest. The UAE is considered politically stable and is projected to continue to grow economically. 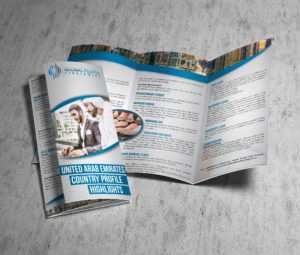