Located in Eastern Europe, Ukraine is on the Black Sea, with Russia to its East. The country’s economy formed the core of the former Soviet Union’s powers (after Russia) with its fertile land accounting for more than a quarter of the agricultural output in the region. Following its independence, Ukraine has had a complicated relationship to its former rulers with both economic ties, as well as military conflicts with Russia compromising much of its recent history.

Although the second largest in the Soviet era, Ukraine’s economy has fallen to less than 40% of its pre-independence level. Transportation and spacecraft are two of their biggest exports with Antonov airplanes and KrAZ trucks exported to many countries. Most Ukrainians are Orthodox Christians, with many ethnic groups represented, and with Ukrainian as its official language. Other languages used include Russian and Hungarian. 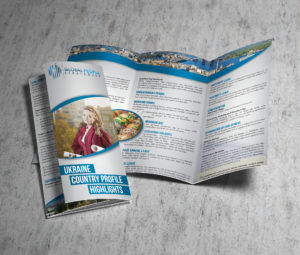