Uganda is an East African country bordering Kenya and DRC, as well as Lake Victoria. The country’s economy relies on agriculture associated with fertile soils and regular rainfall. Uganda also has substantial natural resources such as copper, gold and oil reserves that supplement the country’s economy. Uganda has several protected conservation areas, including several national parks. Although landlocked, Uganda contains many large lakes including Lakes Victoria, Kyoga, as well as Albert, Edward and George.

Uganda has experienced relative political stability after Museveni ascended to power in 1986 following decades of internal strife. Uganda consists of nine ethnic groups with English as its official language. Ugandans are mostly Christians, with a significant minority of Muslims. 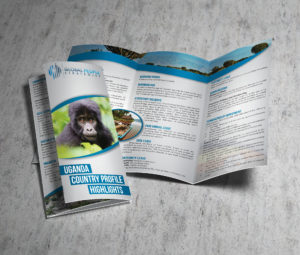