Tanzania is an East African country along the Indian Ocean. It is comprised of the isles of Zanzibar and the land mass of Tanganyika. The country is known for its peaceful political climate, enjoyed since its colonial past. Among its natural resources are phosphates, gemstones, iron ore, hydropower, gold, diamonds, tin, and natural gas. 43 percent of the land is agricultural and about 37 percent forested. It is the most populous East African country, with about 54 million people. 95 percent of the population are comprised of Bantu ethnic groups whose numbers make up 130 tribes. People of Arab heritage live mostly along the Indian Ocean coast and the Islands of Zanzibar. The main languages are Swahili, English, and Arabic. In Tanzania, almost 34 percent of the entire population lives in urban areas.

Tanzania has maintained a high economic growth of 6 to 7 percent for the last ten years. This, however, has done little to help minimize the poverty rate resulting from high population growth. Today, due to the recent change in government in 2015, 72 percent of Tanzanians believe that corruption has decreased compared to 2014’s 13 percent. There was a 7.1 percent real GDP growth in 2017 and a 33 percent decline in inflation rate as of July 2018. 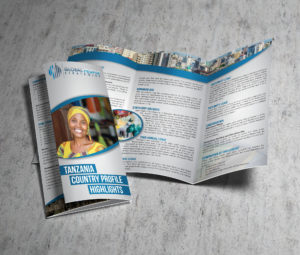