Located in central Asia, Tajikistan is a mountainous country that borders China to the west and Kyrgyzstan to its South. It became an independent, sovereign nation in 1991, after the Soviet Union disintegrated, and currently is a constitutionally secular republic, with the vast majority of its population practicing Islam.

Its economy is highly dependent on remittances, as well as aluminum and cotton production. The primary languages spoken include Tajik, Uzbek and Russian. The two main ethnic groups are Tajik and Uzbek. Tajikistan’s culture is a blend of Afghan and Iranian cultures in terms of beliefs, language and adopted habits. The country is also increasing economic ties with China in order to receive investment in improving its infrastructure, and contribute to the growth of its economy. 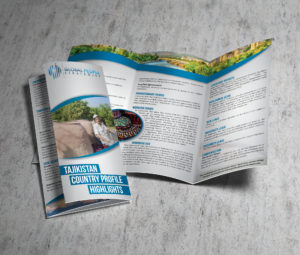