Located in Southeast Asia, Taiwan (Republic of China or ROC) has a complicated political standing with China (People’s Republic of China or PRC), from whom it split around 1950. However, China has continued to claim sovereignty over Taiwan, denying its legitimate existence by refusing diplomatic relations with any country that recognizes the ROC.

Taiwan started industrializing and developing its economy in the 1960s, resulting in a relatively large and advanced economy, focusing on the high-tech sector. It has healthcare, economic and press freedom, as well as public education, making it one of the most highly educated citizenries in the world.

Han Chinese constitute Taiwan’s largest ethnic group (divided into Hoklo and Hakka), while the rest of the population is made up of the indigenous Malayo-Polynesian peoples. Although Mandarin Chinese is their official language, other dialects such as Taiwanese and Hakka are also popular.  Most Taiwanese are Buddhist (35.3%), followed by Taoists and Christians.

Taiwan borrows and blends it culture from traditional Chinese, as well as Japanese and Western influences. Taiwanese entertainment culture has influenced film around the world, including via the works of famous Taiwanese director, Ang Lee. 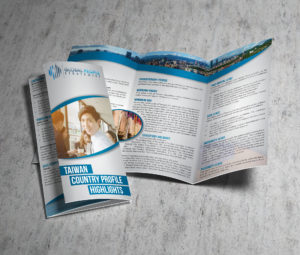