When naming countries which have enjoyed economic success, one cannot leave out Singapore. After separating from Malaysia over ideological differences in 1965, Singapore experienced rapid economic growth which was attributed to its workforce and external trade. Such changes have made the country a global hub of entertainment, education, manufacturing, healthcare, tourism, innovation, technology, as well as logistics. This has been attributed by good leadership, good economic policies, and peaceful political environment. Singapore has thus experienced a tremendous transformation to become an economic hub in the globe.

With a population of less than six million people, the unemployment rate in Singapore is 2.02%, making it one of the lowest in the world. Such low rates have been the result of economic success experienced by the country since becoming a sovereign state in 1965.

In Singapore, culture is shaped by the language spoken by different segments of the population. English speakers tend towards the western culture like the country’s education system and holidays. The Chinese speakers prefer Chinese culture like the practice of the Taoism religion. On the other hand, the Malay speakers as expected, lean towards Malay culture. The Malay culture in Singapore include the practice of Islam, attending religious schools called Madrasahs, and the ability to speak Javanese.

Despite these differences, Singaporeans understand that racial and religious harmony are crucial in determining the success of their country. With the country’s current political climate relatively stable, there is little doubt that Singapore will continue to flourish in the global world. 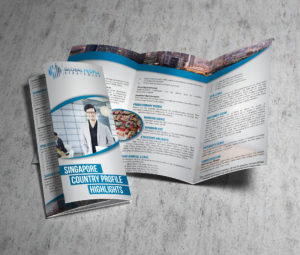