Senegal is a former French colony in West Africa. Its capital city is Dakar, popular in the region for its vibrant nightlife and entertainment scene. Senegal’s government is seen as politically stable, making it among the safest countries in the region. The political stability is due to its continued adherence to democracy and civilian rule where the government lets the people vote, standing in contrast to many other politically struggling neighbors. Senegal is known to have a relatively unrestricted interpretation of its constitution, providing protection through freedom of information and the press. A distinct feature of Senegal’s culture is the traditional belief in supernatural powers and magic by the people. Irrespective of their religion, the Senegalese people believe in diviners, herbalist, and witchdoctors.  French is the national language of Senegal, but it’s spoken primarily by the educated while the majority of the population speak other native languages, such as Wolof, Mandinka and Jola. 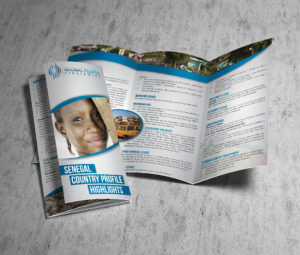