Rwanda is one of the smallest countries in Africa, in the African Great Lakes region and bordering Burundi and Uganda among other nations. With an estimated population of 12 million, the country’s main ethnic groups are the Hutu, Tutsi, and Pygmy (Twa). As a result of European colonization, the governments and policies since independence tended to favor one ethnic group over the other, resulting in a horrific civil war and genocide in the early 1990s, where Hutu extremists are believed to have killed 500,000 to 1 million Tutsis and moderate Hutu.

Rwanda placed huge emphasis on cultural and social recovery after the genocide, emphasizing governing mechanisms that prohibit classification by race or ethnic group, as well as enacting laws criminalizing genocide ideologies. Women’s empowerment has also played a significant role in its continuing development.

Rwanda’s economy is still recovering from the ravages of both the genocide, as well as the 2008 global recession. The economy is based mostly on subsistence farming, but coffee and tea are major exports, where the country’s high altitudes make for favorable growing conditions. 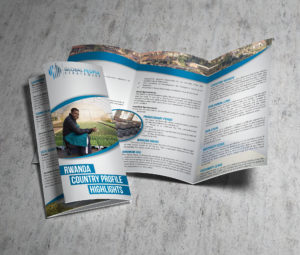