Qatar is a small, Middle Eastern nation, with Doha as its capital. It is bordered by Saudi Arabia and the Persian Gulf. It is regarded as the most advanced Arab state for human development with a high-income economy with the world’s third-largest reserves of oil and national gas. It is expected to host the 2022 FIFA World Cup, making it the first Arab country to do so.

Qatar has an estimated population of 2, 314,307 people, all with very low unemployment. This is attributable to Qatari economic success when, in 1973, oil and gas exploration became the backbone of Qatar’s economy, contributing to over 70 % of the government’s revenue.

Qatar’s culture is traditionally Bedouin culture, with some influence from India, East Africa, as well as in the Persian Gulf. Official languages include Arabic and English. The majority of Qatari’s are Muslims, with Christians, Hindus, and Buddhists comprising a significant minority. 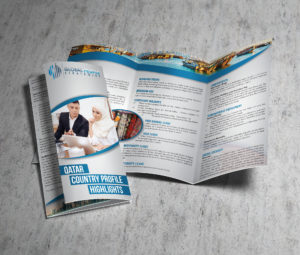