Philippines is well resourced in timber, gold, copper, nickel, cobalt, petroleum, silver, and salt. 41 percent of its land is for agricultural use and 26 percent is forested. The islands are continually battered by tsunamis, cyclones, volcanoes, landslides, and earthquakes. Politically, the Philippines have faced a number of administrative coups and corruption allegations, as well as terrorist threats from Maoist-inspired groups, ISIS-Philippines terrorists, the Moro groups and “tension with China over disputed territorial and maritime claims in the South China Sea.”.

The country has seen a growth in GDP per capita from an estimated $7900 in 2016 to $8300 in 2017. Services are the biggest economic sector in the Philippines with about 60 percent GDP share, ,followed by industry at 30 percent and agriculture at 10 percent. In 2017 Philippines came in third, after China and Vietnam, in regional economic growth. However, it dropped 0.2 points from 2016’s 6.9 percent growth rate. Exports increased, and it was able to pass its first tax reforms in 2017, which are estimated to generate an added $1.53 billion. 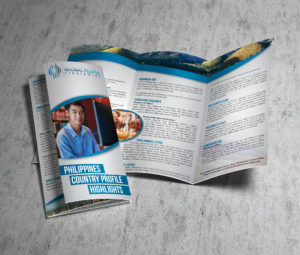