The Republic of Peru is a country in the western part of South America, bordered by the Pacific Ocean to its west. It has a diverse habitat with the Andes mountains to its north and south east to the tropical Amazon region to its east. Although Peru was conquered by the Spanish Empire in the 16th century, its ancient history boasts the Inca Empire, the largest state in pre-Columbian America, going all the way back to the 4th millennia BCE.

As an emerging market economy with a representative democratic republic governance, Peru has a high level of human development and is one of the region’s most prosperous economies. Its economic focus includes mining, manufacturing, agriculture and fishing. Peru has a population of approximately 32 million and Spanish is the primary spoken language, although a number of Peruvians also speak Quechua or other native tongues.

Peru is considered a megadiverse country and has over 20,000 species of plants and animals, including the puma, jaguar and spectacled bear. 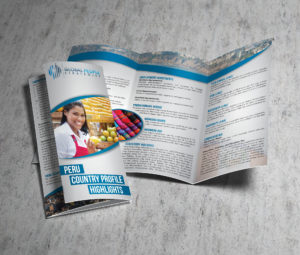