Part of the Scandinavian peninsula, Norway is a Northern European country bordered to its east by Sweden. While it has a constitutional monarchy, political power resides with its prime minister and Parliament. It is a member of the European Economic Area and maintains close ties to the European Union. Norway maintains the Nordic welfare system of universal social security, healthcare and education while promoting ideals of egalitarianism in all walks of life.

The Norwegian economy is significantly advanced with its petroleum industry accounting for a quarter of its GDP. On a per-capita basis, Norway is the largest producer of oil and natural gas outside of the Middle East. Norway also has consistently ranked amongst the world happiest countries with the highest human development index, with one of the highest per capita incomes in the world.

Its history is primarily known for its Viking Age, a period characterized by expansion and emigration by the legendary seafarers. Not only did they colonize many parts of Europe, they were also known to have come as far west as what is now Newfoundland in Canada. 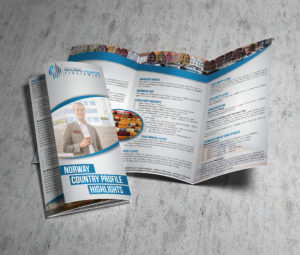