Nicaragua is a Central American nation with a multi-ethnic population of 6 million, speaking primarily Spanish, as well as indigenous languages. It is also home to the second-largest rainforest in the Americas. The biodiversity is reflected in its warm tropical climate and active volcanoes, making it an increasingly popular tourism destination. Protecting the environment is a strong focus of its government which recently made news by being one of the few nations not to sign the Paris Climate Accord because it was not strict enough (although it eventually became a signatory in 2017).

Nicaragua has been struggling to overcome the aftermath effects of autocracy, natural calamities, and political war, which has left the nation as one of poorest in the Western hemisphere. The nation also has a high rate of poverty and underemployment. Agriculture and textile account for Nicaragua’s 50% exports while coffee, gold, and beef are the country’s most export products. 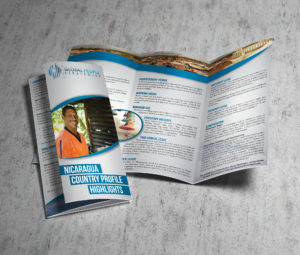