The Kingdom of Netherlands is a modern European country, formerly colonized by Spain up till the 16th century. It was an instituting member of both the NATO and EU and contributed to the introduction of the Euro. Bordering Belgium (which was initially part of it), as well as Germany, Netherlands has a land area of over 41,000 square kilometers. It is composed of coastal lowlands and under-sea-level polders which add to its total agricultural land mass. The area comprising the four large cities of Amsterdam, Rotterdam, The Hague, and Utrecht are the most densely populated.

The Dutch, followed by people from other EU states and Turkey, comprise the largest ethnic groups in Netherlands and Christianity is the most practiced religion. Over 91 percent of the country’s population lives in the urban areas. Netherlands has a parliamentary constitutional monarchy with four countries represented, namely Netherlands, Aruba, Curacao and Sint Maarten. The country has a per capita GDP of $52,799 and a population of 16.8 million people. Agriculture and fishing are its largest exports. Trade in goods and services make up 83 percent of their GDP. 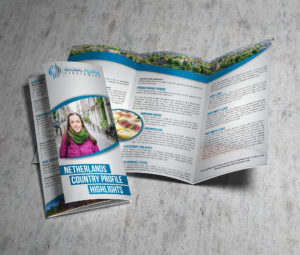