Morocco is a North African country, featuring rugged mountains, coastlines, the Sahara desert and a history of independence uncommon in the region. It is a constitutional monarchy with an elected parliament. The predominant religion is Islam with Arabic and Berber as its official languages, although French is also widely used reflecting its history as a French protectorate.

The country’s climate is Mediterranean with lush forests to its north combined with the more arid inland deserts to its south. It has a diverse and relatively large regional economy, relying primarily on tourism, agriculture, telecoms, IT and textiles. The country has emphasized investment in transportation, ports, and industrial infrastructure with the focus of positioning itself as a center for business across Africa. With a population estimated at 33 million, Morocco’s major cities include Rabat (its capital), Casablanca, Fez and Marrakesh.

Before you expand into a new country, you need to know the local laws and labor codes, employment benefits and more. Know before you go: https://t.co/9xfoYBP5i3
#GlobalCompliance

Plurinational State Foundation Day is commemorated on January 22 in #Bolivia. This holiday honors the country's name change and the adoption of a new constitution on this day in 2009. #globalcompliance #globalhr #globalpeoplestrategist #globalholidays #DiedelEstadoPlurinacional

The labor market in #Canada has suffered greatly due to the impacts of COVID. Unemployment has been the hardest on young and non-union workers. Learn more: https://t.co/eduS06jOXM #globalHRcompliance #globalHR

#GuineaBissau and #CapeVerde commemorate National Heroes' Day each year on January 20. This holiday commemorates the life of Amílcar Cabral and those who have contributed to the countries' nation hoods. #globalcompliance #globalhr #globalpeoplestrategist #globalholidays

Is your #globalHR process scalable if you add a new country to your operations? Get ready for expansion with one platform to manage employees in 150+ countries: https://t.co/ugtwiBg2kd 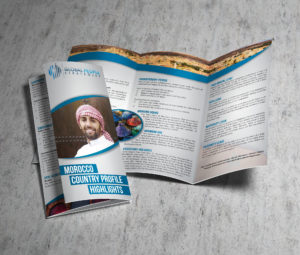