Malaysia is a country in South-East Asia bordering Thailand and Singapore, with its capital at Kuala Lumpur and population of approximately 31 million people. A member of the Commonwealth Nations, Malaysia also has a strong economic record in the region with an increasing GDP for the past 50 years, focused primarily in the areas of natural resources, science, tourism, commerce and medical tourism. It has a highly diverse ecosystem and is estimated to contain 20% of the world’s animal species, including unique ones such as the Malayan tiger, the proboscis monkey and oriental hornbill birds.

Famous for being a multi-ethnic country, Malaysia is represented by the ethnic Malay with large minorities of Malaysian Chinese and Indians. Although Malaysians speak several languages including English, Chinese, and Tamil, Bahasa Malaysia is the official language. Major religions include Islam, Buddhism, Christianity, Hinduism, Confucianism, and Taoism. 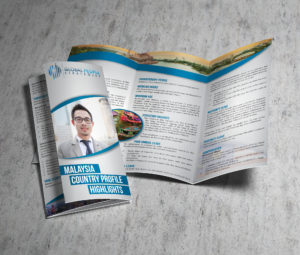