Commonly referred to as one of the Baltic states, Lithuania is a member of the European Union and is situated in northeastern Europe, along the Baltic Sea. After they declared independence in 1990 from the Soviet Union, the nation transitioned from a planned to a free market economy, and is now classified as a ‘very high human development’ county.

After recovering from the 2009 financial crisis, the county’s increase in exports, growth in wages, and investment supported Lithuania’s economic growth. In addition, Lithuania started a self-financed liquefied natural gas terminal in 2015, offering the first non-Russian natural gas supply to the Baltic States and thus, greatly reducing the nation’s reliance on Russian gas. Lithuania also has one of the largest fresh groundwater supplies in all of Europe.

With a population of 2.8 million, Lithuania’s ethnic groups include Lithuanian, Polish, Russian, Belarusian, with Lithuanian as the official language. Most Lithuanians are Roman Catholics, with a small percent of Russian Orthodox and Old Believer. 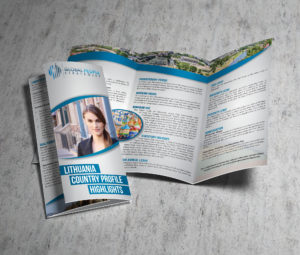