Lebanon is a small country with a very high level of influence in the Arab world, with a culture that is diverse and popular throughout the region. A high level of literacy and mercantile culture has also made Lebanon a significant commercial hub for the Middle East. The country borders the Mediterranean Sea between Israel and Syria. Lebanon has been known to have a powerful, unrestricted commercial tradition and a free-market economy. Notably, Lebanon does not inhibit foreign investment; although it continues to face the same challenges of political instability and corruption that affect other nations in the region. Before the civil war (1975-1990), the country was relatively calm and prosperous, with strong financial power and cultural diversity. Its capital, Beirut, was known as the ‘Paris of the Middle East’.

6.2 million people live in Lebanon and it has two major ethnic groups: Arab and Armenian. Major languages include Arabic (official), Armenian, French, and English while the primary religions include Islam, Christianity, and Druze. Khalil Gibran, a Lebanese poet, is the one of the highest selling poets of all time. 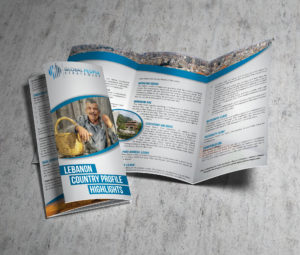