An Arab country located in the Persian Gulf, Kuwait has a population of 4.5 million people, 70% of whom are expatriates. With oil reserves having been discovered in the 1930s, Kuwait underwent massive modernization during most of the 20th century.

It was invaded by Saddam Hussein’s Iraq in 1990, resulting in the First Gulf War which ended after military intervention by a coalition led by the United States. It’s a constitutional sovereign state with a semi-democratic political system.

It is a wealthy country with the fourth-highest per capita income in the world. Kuwait has a relatively open society compared to its peers in the region, promotes the arts and culture and also houses the largest opera house in the Middle East.

Most Kuwaiti citizens are Muslims, with Indians and Egyptians comprising the majority of the expats.

Lawmakers in British Columbia have amended the province's Employment Standards Act to grant employees up to 3 hours of paid leave when they receive vaccination against COVID-19. Read more about it here: https://t.co/zJI6lS9Aa7 #BritishColumbia #EmploymentStandardsAct #PaidLeave

On July 15, 2021, the European Court of Justice (ECJ), the supreme court of the European Union, ruled that employers may prohibit the wearing of visible expressions of religious beliefs, including headscarves, in the workplace. Read more here: https://t.co/1HkDLyLqdG 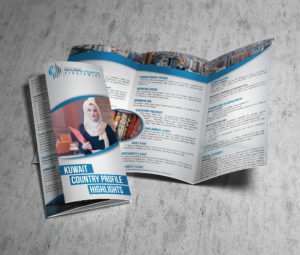