Haiti is a country in the Caribbean, on the island of Hispaniola, which it shares with the Dominican Republic. As the poorest nation in the Western hemisphere, it is further impeded in its progress by its susceptibility to natural calamities (such as a devastating earthquake in 2010), as well as many other hurdles against economic development. It was the first independent nation in the region, having led the first successful revolt against slavery in the 18th century. The rebellion began in 1791, led by a former slave and the first black general in the French Army, Toussaint Louverture.

Haiti’s population is estimated at 10.6 million, with several racial and ethnic groups, with blacks comprising the majority. Both French and Creole are the nation’s official languages. Haiti has a rich and diverse cultural identity, with influences from Spain, France and Africa. Festivals such as Carnival play a major role in Haitian religious and cultural traditions. 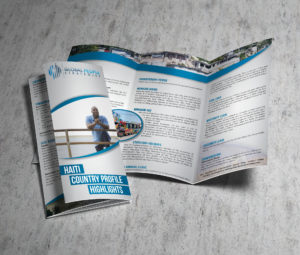