An island nation located in the Caribbean, Grenada is also sometimes referred to as Spice Island since it is the world’s second-largest producer of nutmeg after Indonesia and a significant producer of mace, cinnamon, ginger and cloves.

With a tropical climate and several beaches along its coastline, tourism forms the backbone of its foreign exchange reserves, with ecotourism growing in significance. A majority of its population is descended from African slaves, as well as indentured workers from India. The official language is English with two creole languages also spoken, (Grenadian Creole English French, sometimes called ‘patois’) reflecting the multicultural African, European, and indigenous heritage of the nation.

Today is the birthday of Maggie Kuhn, founder of the Gray Panthers, an organization that sought to fight age discrimination in the workplace. They succeeded in banning mandatory retirement in most professions. They also fought to preserve Medicare and Social Security and more! 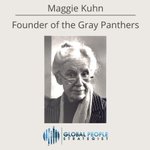 When hiring abroad, there are numerous labor laws you should be aware of, like the amount of paid time off you must provide your employees, or the number of sick days to which they are entitled. Global People Strategist helps you keep track of all these laws and more! 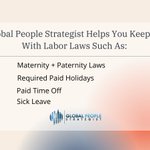 On this day in history, August 1st, 1834, slavery was officially abolished across the British Empire with the passage of the Slavery Abolition Act! #BritishEmpire #slaveryabolitionact #TodayinHistory #globalbusiness #businessexpansion #globalpeoplestrategist 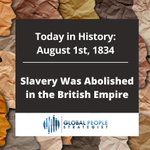