Long considered the cradle of Western civilization, Greece is located at the crossroads of Europe, Asia and Africa. It is also recognized as the birthplace of democracy, Western philosophy and literature, the Olympic games, as well as major scientific and mathematical principles. With Alexander the Great who conquered much of the ancient world, from the eastern Mediterranean to India, Greek language and culture, even under the Roman empire, dominated the world during the late B.C. and early A.D. years.

The modern nation of Greece is a unitary parliamentary republic with an advanced economy, a high quality of life and standard of living. As a member of the European Union, it is the largest economy in the Balkans. Its demographics comprise of a population of over 10 million people, but with a rapidly declining birth rate and increasing mortality rate.

It is one of the most mountainous countries in the area, although it is surrounded by the Aegean and Mediterranean seas along its peninsulas. It features a number of islands with Crete being the largest and most populous. Greece has a highly desirable climate with mild, wet winters and hot, dry summers, attracting millions of global vacationers every year eager to experience its beautiful scenery and blue waters. 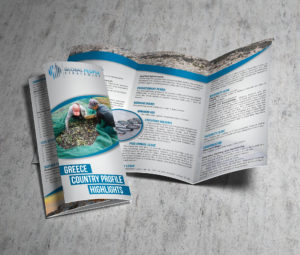