Bordering the Ivory Coast, Togo and the Atlantic Ocean, Ghana is a country in West Africa with a rich and diverse culture and history. The Kingdom of Ashanti was one of the most powerful to reign over the region before the arrival of the British in the late 19th century, with Ghana gaining independence in 1957.

The nation has a market-based economy with limited policy hurdles to investment and trade in contrast with other African nations in the region. Agriculture accounts for Ghana’s 20% GDP and is the industry which employs most of the nation’s workers. Oil, cocoa and gold comprise the majority of Ghana’s exports. However, Ghana is also a significant emerging market with a fast developing digital-based mixed economy. 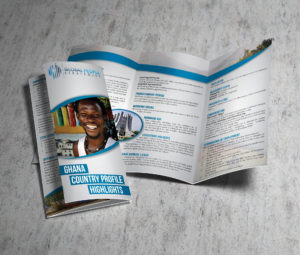