French Guiana is a region of France located on the north-east coast of South America. Despite  its location bordered by Brazil and Suriname, French Guiana is a part of the European Union, and its official currency is the euro. Until the French colonized the area in the 18th century, the region was inhibited by the indigenous Arawak, Kalina and other peoples.

The ethnically-diverse population enjoys one of the higher standards of living in the continent, propped up by the French social security system and subsidies. After WWII, Charles de Gaulle established the Guiana Space Centre in 1965, a European Space Agency rocket launch site, accounting for a significant slice of GDP and lending strategic value for the country.

Get help with #globalHR challenges in 150+ countries with our easy-to-use platform. Manage your employee compliance, get automated alerts, and more: https://t.co/9xfoYBP5i3 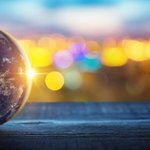 #Tazaungmone is a public holiday in #Myanmar that takes place during the full moon of the eighth month of the Burmese calendar, or typically in November in the Western calendar. #globalcompliance #globalhr #globalpeoplestrategist #globalholidays

November 26 is #RepublicDay in #Mongolia, also referred to as Proclamation Day, when the proclamation of the Mongolian People's Republic was made on this day in 1924, making Mongolia the second communist country. #globalcompliance #globalhr #globalpeoplestrategist #globalholidays

Suriname commemorates Independence Day on November 25 each year. The country gained its independence from the Netherlands on this day in 1975. #globalcompliance #globalhr #globalpeoplestrategist #globalholidays #Suriname #IndependenceDay #Onafhankelijkheidsdag

#Tanzania has made sweeping changes to labor laws due to COVID. Updates include sick leave policies, labor contracts, and more. #globalcompliance https://t.co/iKiiSoRf3I 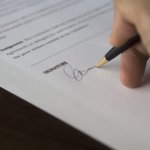