France is located in western Europe, bordering the English channel to the north-west, the North Sea to the north, the nations of Monaco, Spain, Andorra and the Mediterranean sea to its South, Belgium and Luxembourg on the northeast, and Germany, Switzerland, and Italy directly to the east. The country also has a long colonial past with many regions and countries under its purview for centuries. After the French Revolution of the 18th century, France pioneered in democracy. It now has a presidential democracy and is among the strongest nations in Europe and key in the sustainability of the European Union.

Modern French people are Celtic and Latin with Teutonic, North African, Asian, Slavic, and Islamic minorities. France has welcomed refugees from countries ranging from the Czech Republic to Cambodia. It has a 99 percent literacy rate, and 90 percent of the French people are Roman Catholics. Major industries in France are telecommunication, agriculture, tourism, machinery, steel, and chemicals. The official language is French. 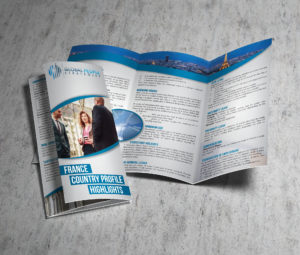