A country located in the Horn of Africa, Ethiopia boasts a rich and ancient culture which, in modern times, won freedom after a brief Italian reign in 1941. With its capital in Addis Ababa, Ethiopia has the second largest population in Africa, after Nigeria. Politically, it is a one-party state whose Prime Minister has recently launched a campaign of political liberalization. Ethiopia is a poor country that was beset by severe drought and civil conflict which left it in a state of turmoil until 1991, followed by a period of relative stability.

With a population of 105,350,020, Ethiopia has a GDP of $80.87 billion and one of the fastest growing economies in Africa.  It has a unique cultural heritage in being the home of the Ethiopian Orthodox Church which comprises of the oldest Christian denominations in the world. There are several ethnic groups in the country which are divided into ethnically-based, politically autonomous regional states, each with their own dominant language such as Oromo and Amharic. 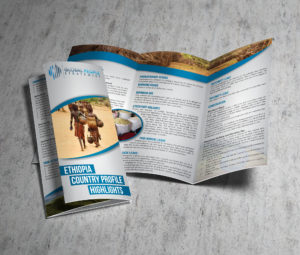