Denmark is a Scandinavian country situated on the Jutland Peninsula and several islands, north of Germany. Covering an area of 42,916 km², Denmark is slightly larger than the Netherlands, or slightly less than twice the size of the US state of Massachusetts.

The country has a little less than 6 million people who speak Danish and some German. English is the predominant second language. Faroese is spoken in the Faroe Islands, Greenlandic in Greenland, as mentioned, both dependencies of the kingdom. Its capital and largest city is Copenhagen.

With one of the most economically and socially developed countries in the world, Danes enjoy a high standard of living and the country ranks highly in some metrics of national performance, including education and health care. It has historically been one of the most socially progressive cultures in the world, being one of the first countries to both legalize pornography as well as same-sex partnerships and marriage. Some noted Danes of history are Tyco Brahe, Niels Bohr and Hans Christian Andersen. 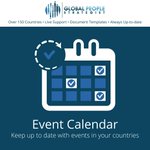 Reply on TwitterRetweet on Twitter1Like on Twitter3Twitter
Load More...
TO LEARN MORE - SCHEDULE A DEMO