Côte d’Ivoire (Ivory Coast in English) is a West African nation that was under French colonial rule. After the military coup of 1999, Ivory Coast’s long peace ended and the country has since continued to be subject to political rebellions leading to a split where the northern half of the country ended up under rebels. A civil war followed, where France, other African States, and the UN sent troops to oversee the country’s rehabilitation. Despite peaceful elections in 2010, the country is still under street-level tension.

The country has 60 ethnic groups with different variations of food, music festivals and languages. French is the official state language, with other common local languages being Kwa, Atlantic, Mande, and Voltaic. Arabic, used in the north, is popular with immigrants from Lebanon and Syria. Ivory Coast’s economy largely relies on agricultural exports of coffee, cocoa beans, palm oil, pineapples, and rubber. The country also has offshore oil and gas drills. 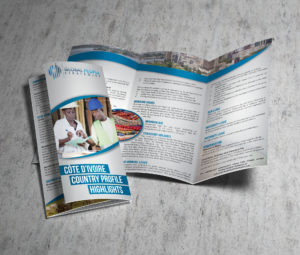