Colombia is a Latin American country surrounded by the Caribbean Sea, Panama, North Pacific, Venezuela, Ecuador, Brazil, and Peru. The country has Petroleum, natural gas, coal, nickel, gold, copper, emeralds, and hydropower. It has a fertile land of 37.5 percent of its total landmass with 54.4% being forested area. The largest ethnic groups are Mestizo and white (84.2 percent), followed by Afro-Colombian(10.4 percent). 79 percent of Colombians are Roman Catholics. It is governed by a presidential republic government.

Colombia is South America’s oldest democratic state. It has seen problems in the form of drug-funded guerilla attacks from Revolutionary Armed Forces of Colombia (FARC) that caused numerous casualties numbering in the hundreds of thousands. It comes in third after Brazil and Argentina in terms of economic power and relies on petroleum, coffee and cut flower exports. It enjoys the benefits of free trade agreements with many Pacific nations including the United States. The combined value of imports and exports is equal to 35 percent of the country’s GDP. 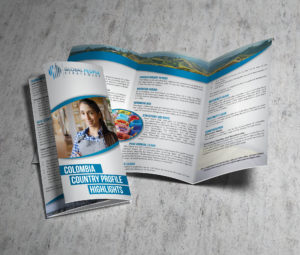