China is the leading economic and technological superpower in eastern Asia and has the second largest economy in the world. It has a communist party-led government with a focus on market-oriented economic development strategies. China has numerous mineral resources, as well as the world’s largest hydroelectric power potential. 54.7 percent of the land is utilized for agriculture. Major ethnic groups consist of the Han who are 92 percent of the population, and the Zhuang who are the minority. Languages spoken are Mandarin, the official language, as well as  Cantonese among many others. Major religions are Buddhism, Christianity, and Islam.

Due to the maturing of the Chinese economy and the effect of the economic war with the United States, the country’s economic growth is expected to continue decelerating, as it has gone from 7.8% in 2013 to 6.9% in 2017. Population growth has stabilized or even slowed, but per capita GDP, on the other hand, has grown from $8103 in 2016 to $8806 in 2017. 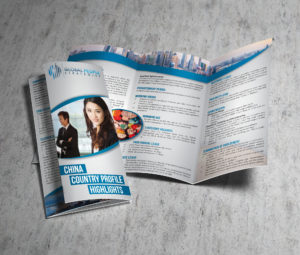