Chile is a South American country that borders the South Pacific Ocean, and is located between Argentina and Peru. Chile has a market-oriented economy with high levels of foreign trade, boosted by the country’s strong sovereignty and sound policies. Chile’s economy relies agriculture, industries, and numerous natural resources such as copper that have resulted in strong economic success recently.

Chile’s population, comprised of whites, the non-indigenous and the Mapuche, all enjoy high living standards in one of South America’s most economically prosperous and socially stable nations. Most Chileans speak Spanish and are Roman Catholics by faith. The country’s culture is influenced by a mix of both Spanish and Mapuche traditions.

As one of the longest north-south countries in the world, Chile’s climate is varied with the world’s driest desert, the Atacama, to its north, a Mediterranean climate in its center, a humid sub-tropical one on Easter Island, to alpine and tundra regions in the east and south. 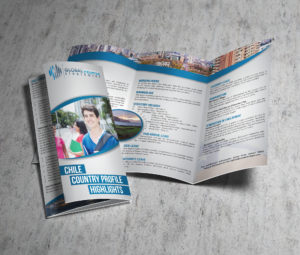