Canada is the second largest nation in the world, by land mass, and also one of the most sparsely populated. It has a multicultural society that is accommodating to immigrants and exports a great wealth of natural and intellectual resources. As a result of its colonial history, Canada has two official languages, English and French. It is also a Commonwealth state that obtained self-governance in 1931 and full legislative power in 1982. Canada has the longest shoreline in the world and only borders one country, the United States of America.

Canadian culture is different from that of the United States in that Canadians are known more for their community-oriented and peacemaking preferences in governance and society. They also show little regard for social classes while continuing to strive for personal and familial success, ideally without extracting social cost. They are also known for exhibiting optimism and a tendency to tolerate ambiguity. The country is divided into French-speaking and English-speaking sections, portraying cultures that resemble those of France and Britain respectively. First Nation cultures of native Indians, Inuit of the Eskimo, Southeast Asian and Latin American cultures are also represented in the country’s multicultural spectrum as well as those from other European countries. 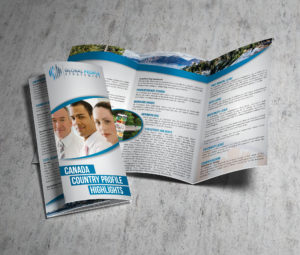