Cameroon is an African presidential republic. The country has enjoyed political stability despite the power given to the head of state. The modern country is a union of the former French Cameroon and British Cameroon. The country has seen considerable development in agriculture, roads, railways and the petroleum industry. Cameroon borders Central African Republic, Chad, Republic of Congo, Equatorial Guinea, Gabon, and Nigeria. 41 percent of the land is forested. The country is also well resourced in minerals, petroleum, timber and hydroelectric power.

Cameroon’s ethnic groups include Cameroon Highlanders, Equatorial Bantu, Kirdi, Fulani and Northwestern Bantu. Christianity makes up the most practiced religion, followed by Islam. Cameroon has shown a $100 per capita GDP growth for the last 3 years, bringing the total to $3700. The country has a 4 percent industrial growth rate and a 4.3 percent unemployment rate. The economic growth has shown a decline after stabilizing at an average of 5.8 percent in 2015 to 4.7 percent in 2017. 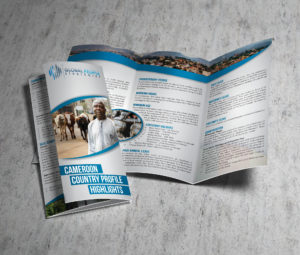