Cambodia is a South East Asian country surrounded by the Gulf of Thailand, Vietnam, Laos, and Thailand. It has natural resources in hydropower, minerals and fertile land. Cambodia is a kingdom with a parliamentary constitutional monarchy. Most Cambodians (about 96.6%) speak Khmer, which is the official language and practice Buddhism. Cambodia experienced a steady average economic growth of 7 percent since 2012, with a real GDP growth rate reaching 6.9% in 2017. This growth was influenced by construction activity, high public spending and a boost in tourism.

Cambodia still largely depends on international aid from countries such as China. Services comprise the largest share of GDP at 43.5 percent. Tourism, specifically gambling and betting services, include the largest share, followed by the industry sector at 32.8 percent. This includes tourism, the garment industry, construction and rice milling, among many others. Agriculture represents the remaining 25.3 percent, producing rice, rubber, and corn, vegetables and cashews. 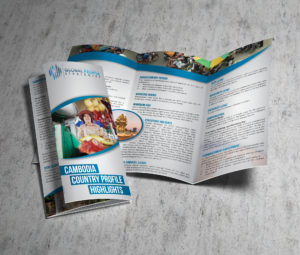