Brazil is the fifth largest country in the world, and derives its name from a tree called Brazil wood. The country is known for its passion for soccer/football and every city in Brazil has a stadium.

Despite football being a major contributor to Brazil’s economy, the country has a mixed economy and a GDP of $ 2.080 trillion, according to the International Monetary Fund. It also has a vast amount of natural resources including iron, gold, and uranium; it is estimated that Brazil also has a total $21.8 trillion worth of untapped resources. Its fertile and enormous landmass makes the production of different agricultural products possible, making agriculture the main contributor to its economy. Brazil is the largest economy in Latin America and second largest in the Americas, after the U.S.

Brazil is also known for its rich culture and local traditions and events such as Carnaval, local rituals like Candomble, martial arts such as the Capoeira and even soccer cults. 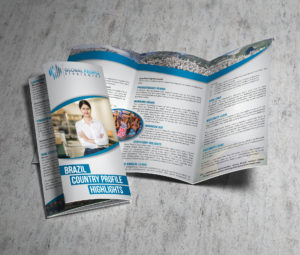