A small land-locked kingdom in the Himalayas, Bhutan is bordered by Tibet and India. The Bhutanese name for Bhutan is Druk Yul, meaning “Land of the Thunder Dragon” and it only began to open up its borders and culture to outsiders in the 1970s.

Bhutan has never been colonized by outsiders and bases its national identity on Buddhism. The country is also known for tracking its Gross National Happiness, along with its GNP for economic purposes. Bhutan also became a two-party parliamentary democracy after elections in March 2008.

Its landscape is primarily mountainous, with deep valleys draining into the Indian plains. Most of its population lives in the central highlands. It also has a rich and varied wildlife including the golden langur, the Bengal tiger and the clouded leopard. Its largest city is its capital, Thimphu, and the national language is Dzongkha (Bhutanese), one of 53 languages in the Tibetan language family. 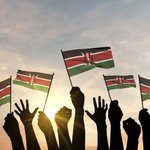