With a population of over 10 million people, Benin remains an underdeveloped country that depends on cotton as its main export. Cotton alone accounts for 40% of the country’s GDP making agriculture the leading economic sector followed by industry and service sectors. The country relies mainly on Nigeria as its primary trading partner. Although Benin has gone through substantial economic growth, it is ranked as one of the poorest nations despite being the largest cotton producer in the world.

Benin has also seen political stability since the end of its Marxist-Leninist regime in 1989. Having won the 2016 elections, Patrice Talon, a multi-millionaire in the cotton industry, adopted different strategies to make cotton production thrive. His government focused on 45 projects aimed at improving the general living conditions of citizens.

Cultural practices in Benin vary depending on the tribe. For example, each tribe has different attire worn during special occasions like weddings, funerals, and other local festivals. 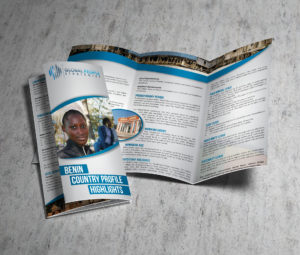