One of the earliest nations to industrialize was the Austrian Habsburg, now known as Belgium. The Belgian monarchy ensured there was economic development by investing directly into the people or via government policies. In the 19th century, Belgium also developed a well-connected transportation system for railways, roads, canals, and highways. The country also integrated its industry with that of its neighbors. Belgium’s GDP per capita is $41, 096; its minimum wage is 1,562 euros. They also have a high level of export accounting for two-thirds of its GDP. On a per capita basis, Belgium exports five times as much as Japan and twice as much as Germany.

Belgium has a diverse ethnic population and cultures, with the Flanders in the north, Wallonia in the south, and German-influenced culture in the northeast. 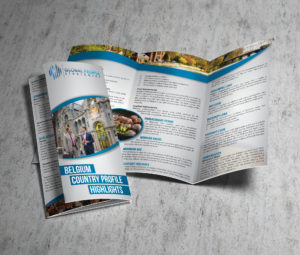