Since the end of the World War II, Austria has achieved high economic growth facilitated by the growth of metallurgical, textiles, and machinery industries. Organic farming has also been on the rise in Austria with an overall share of 22% of its total economy. This makes Austria one of the leading countries for organic farming in Europe. Joining the EU in 1995 ensured that the country also benefited from the huge European market. There was a boom in tourism caused by favorable government policies. According to the World Bank, Austria’s GDP per capita was $386.4 billion making it one of the 14 richest countries in the world.  On the other hand, the country has experienced challenges trying to assimilate migrants and strains on labor markets which are caused by the aging population.

The success of the country has been achieved by political stability which has created a positive investment climate. The judiciary is also considered independent, meaning it has the authority to protect individual properties and rights. Corruption in Austria is also relatively rare. 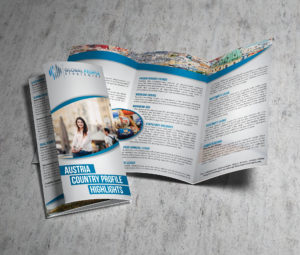