Afghanistan, a landlocked country in South Asia, had a population of 34.66 million as of 2016. It is bordered by Iran in the West, Pakistan in the South and East, China in the far northeast, and Turkmenistan, Tajikistan, and Uzbekistan in the north. In terms of agricultural production, Afghanistan is known for producing some of the highest quality fruits like grapes, mulberries, melons, apricots, and pomegranates. Agriculture contributes a lot to their economy with an annual fruit and nut export valued at $500 million in 2014. Afghanistan also had a GDP (purchasing power parity) of $69.55 billion in 2017.

Afghan culture has existed since the time of Achaemenes and their official languages are Pashto and Dari. Islam is the main religion, accounting for 99.7% of the country’s population. Sunni Islam is practiced by 90% of Afghanistan’s population while the remaining are Shias. The country also has a deep culture of poetry appreciation.  Unfortunately, Afghanistan has not experienced the peace or stability necessary for business investment since the invasions by the Soviet Union in the 1980s, followed by the United States in the 2000s. Currently, the country continues to fight extremist elements like the Al Qaeda and the Taliban. 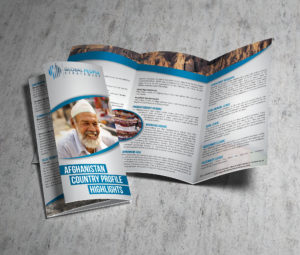