Located in Central America, Panama was originally home to indigenous tribes at the time of Spanish conquest in the 16th century. Following independence from Spain, it joined an alliance eventually known as the Republic of Colombia. However, it subsequently seceded from Colombia, paving the way for the Panama Canal to be built by the US Army Corps of Engineers between 1904 and 1914. Income from canal tolls continue to represent a significant part of Panama’s GDP.

Panama has a distinct geography with its central line of mountains and hills forming the continental divide. Its wildlife is considered the most diverse in the region and is home to many South American species such as several varieties of monkeys like white-faced capuchins and squirrel monkeys, as well as Geoffroy’s tamarin which are unique to its land. Its jungles contain big cats such as jaguars and pumas while its coral reefs sport a multitude of tropical fish.

The majority of Panamanians speak Spanish as their first language while native languages such as Ngäbere are spoken widely in the tribal territories. 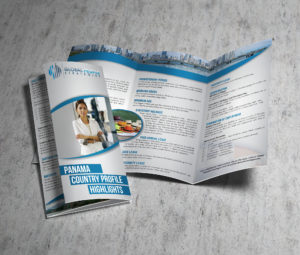